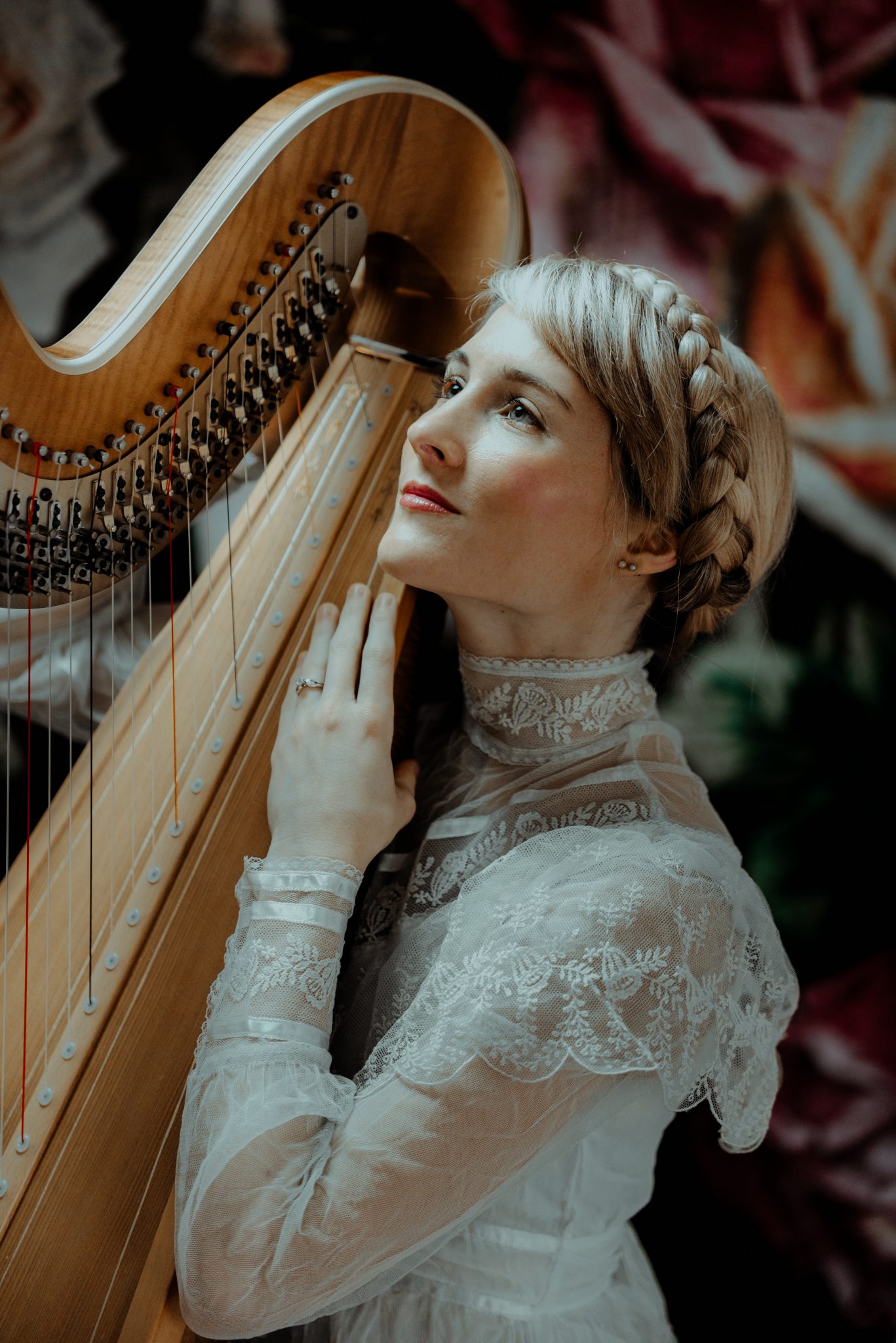 Steeped in both ancient traditions and modernist indie-folk, Ruth Acuff’s music is
trained and ethereal, unique and enchanting. Ruth blends Americana and
chamber music to create exquisite breeze-borne ballads with a sound that
simultaneously evokes earthy and celestial atmospheres. Her lyrics rest on the
mind with the careful balance of a questioning poet.

Ruth plays a 46-string concert pedal harp, with which she has released multiple
original recordings and toured the US coast-to-coast. She has shared the stage
with the likes of Willie Watson, Dan Domenech from Rock of Ages, Morgan
James from Motown, and Capathia Jenkins from Newsies. She continues to
study with world-renowned harpist Maria Duhova-Trevor, as well as writing and
releasing her original songs with harp, voice, and other embellishments.

Ruth was voted Best Female Vocalist 2009 and Best Instrumentalist 2017 in her
hometown, Columbia, Missouri. She is a Missouri Arts Council approved touring
performer, and a member of the American Harp Society. Ruth also performs as a
backup singer for the Pink Floyd Tribute band Interstellar Overdrive, and is the
frontwoman for the psychedelic rock band The Royal Furs.